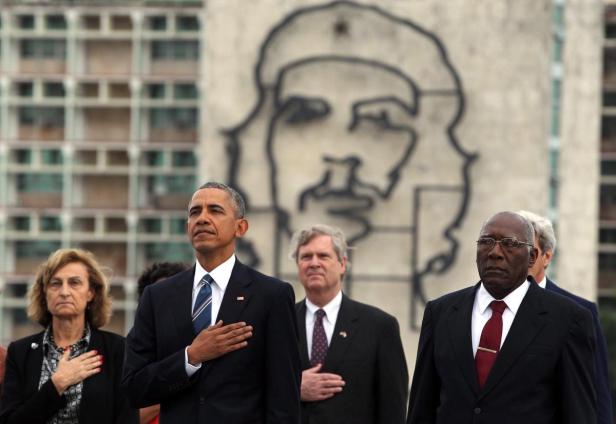 Fidel Castro is finally dead at the age of 90.

It has been absolutely astonishing watching some members of the liberal left fall all over themselves to praise the evil dictator.  Make no mistake, Fidel Castro was one of the most tyrannical figures in modern history responsible for thousands of deaths, imprisonments, and the impoverishment of an entire nation.

After the president of Canada went on TV and called Fidel Castro “remarkable” I immediately started texting my friends demanding they reassure me there was no way that Obama was going to this funeral.  We aren’t far removed from Obama’s insane trip down to Cuba where he sat there shooting the breeze with Raul Castro at a baseball game.  He also found some time to take a very staged picture in front of a mural honoring the murderous lunatic Che Guevara.  You know, that scary looking guy on every millennial T-shirt in West Los Angeles.  The trip was a national embarrassment and it spit in the faces of every Cuban who risked everything to flee the oppressive regime.

Thankfully, President Obama will not be traveling to Fidel’s funeral in Cuba.  What a guy! However, he is sending two officials down there on the taxpayer’s dime.

The correct response here was to send no one.  Fidel Castro is not someone to be celebrated or remembered warmly in any sense of the imagination.

David French wrote an incredible piece about why liberals are so fond of big government tyrants and I won’t even pretend to be able to do it any better than him.  It’s staggering how much love we have seen for Fidel from the American left over the past few days.

Village idiot Bernie Sanders (who is the de facto mouthpiece for young liberals today for some odd reason) has made it pretty clear that the systematic killing of thousands isn’t as big of a deal as free healthcare.  Cuban healthcare is absolutely terrible by the way – you can make a solid argument that being dead is better than being treated by a doctor in Cuba – but big government trumps everything else in the liberal mind.  Including morality apparently.

Just keep in mind, President Obama is sending U.S. officials (paid for by you and me) to Cuba to pay respects to a man responsible for taking the world to the brink of thermonuclear war, killing thousands of dissidents, harboring fugitives wanted for murder in America, funding terrorism, and starving an entire nation.

But hey, Trump is rude sometimes so…