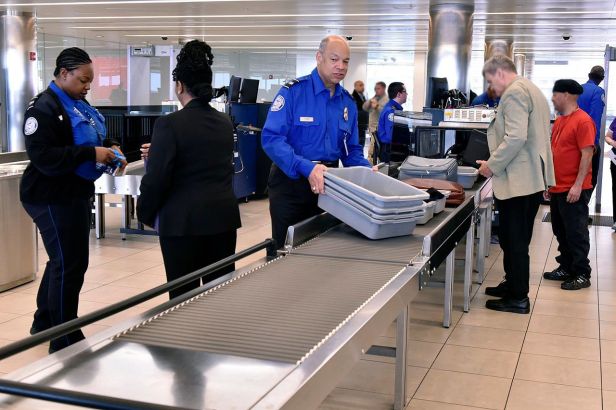 You may have seen the news reports over the past week or so about how lines at airports across the country were unbearably long thanks to what the Transportation Security Administration refers to as “low staffing”.

However, the complaints about not having enough money to properly staff the nation’s busiest airports don’t really resonate when you consider the fact that the administration is spending millions of dollars on PR, advertising, and holograms.

The agency has blamed budget constraints for the nightmarish lines, which have caused 4,000 Americans to miss their flights and 100 travelers to sleep on cots overnight

However, an analysis of recent government contracts reveals that over the past month the TSA has spent more than $2 million on various services unrelated to increasing manpower or improving security.

The agency awarded a public relations contract worth $53,234 for news clippings and media monitoring from a company that worked with President Barack Obama’s 2012 reelection campaign.

The TSA is also spending heavily on advertising. This month the agency rehired a communications firm that in the past was in charge of the TSA’s “brand strategy.”

The TSA has used the hologram to tell passengers where to go at the San Antonio International airport, and the Port Authority of New York and New Jersey purchased three Ava’s from the company for LaGuardia, Newark, and John F. Kennedy airport.

While millions of Americans are stuck in long lines for hours and missing their flights, the TSA is spending millions of dollars on efforts that have nothing to do with protecting passengers.

What else do we expect from a government agency?

Clearly, this situation would benefit from privatization and you can make a legitimate argument that people are being put at risk as a direct result of the TSA’s mismanagement of funds.

It’s not even like the TSA is doing that great of a job.  They recently failed 95% of undercover security tests and haven’t improved on that mark since the failure.  If they aren’t doing what they are there to do and they are mismanaging taxpayer dollars along the way, how can we justify continuing with the status quo?

We can’t.  The perils of big government strike again.