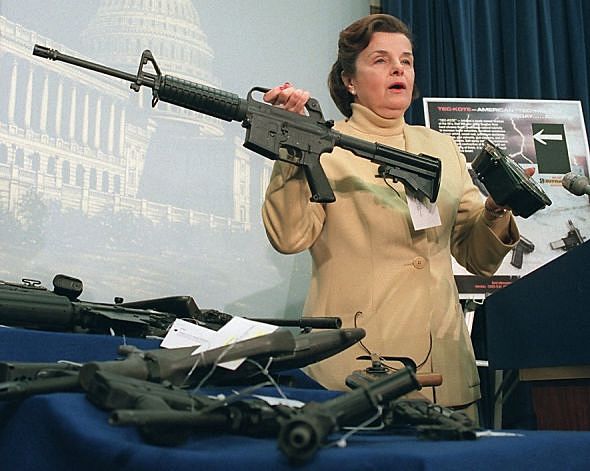 Hillary Clinton has been running for president by giving people the impression that her many years of experience make her the most qualified candidate to lead the country.

Unfortunately, she has been leaving out some pretty important pieces.

The first of course being the fact she is directly responsible for the loss of four Americans in Benghazi, Libya.

However, another big problem with her record is that after spending eight years as a senator, she managed to accomplish next to nothing in the Senate.

In fact, she only authored three laws during her time there.

Not exactly a stellar track record.

Her tenure was so forgettable that even liberal colleagues of hers don’t really remember what she did.

Enter California Senator Dianne Feinstein, who when asked about what Hillary was up to in the Senate all those years, had nothing to say other than “Google it”.

California Sen. Dianne Feinstein  had to turn to Google during an interview earlier this week when asked to name her former colleague Hillary Clinton’s accomplishments in the Senate.

“As someone who worked with Hillary Clinton for nearly a decade in the Senate, what in your view was her signature accomplishment as a senator?” The Chronicle’s editorial board asked Feinstein.

“Golly, I forget what bills she’s been part of or authored. I didn’t really come prepared to discuss this,” said Feinstein, who had planned to pitch a new water plan.

“I should have a list,” said Feinstein, who The Chronicle described as “famously well-prepared.”

“Get on Google,” she told an aide.

I mean I know it was several years ago but this woman is running for the nomination of your party and you can’t name one single thing she did as a senator?

I guess that’s what our political system has digressed to.  Instead of asking our elected officials answers to tough questions we should just Google it.

Change we can believe in.