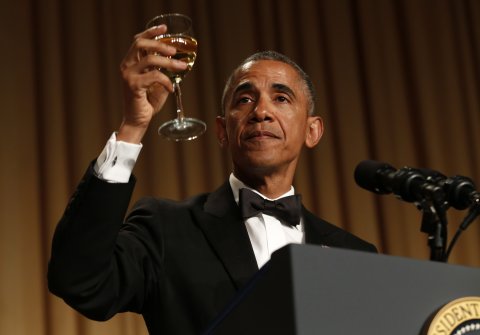 If you haven’t been paying attention to President Obama’s Latin America trip, he’s been having a blast.

He got to have his picture taken with a homicidal maniac.

He did the wave at a baseball game with a communist dictator.

And he even got to try out a little ballroom dancing.

Oh, and he did all of those things while they were still cleaning up the blood in Brussels from an ISIS attack (you know, those guys Obama has on the run) that left over 30 people dead.   Even MSNBC admitted that the optics were terrible.

It wasn’t all fun and games though.  There were a few brief moments where President Obama actually had to make some serious speeches and he said something at a town hall in Argentina Wednesday that definitely raised some eyebrows.

President Barack Obama downplayed the differences between capitalism and communism, claiming that they are just “intellectual arguments.”

He urged those at a town hall event in Buenos Aires, Argentina on Wednesday to “just choose from what works.”

Here is the full video.

Ah yes. The differences between communists and capitalists are just ideological arguments and we should just go with “what works”.

What exactly is it about communism that works?

The two ideas are completely antithetical and anyone with a basic grasp on either history or economics should know that.  But here’s the president, basically downplaying the vast differences.

Can you imagine any other president making this kind of statement? Picture President Reagan standing in front of a crowd in the 1980s and saying that communism was just an ideological argument and maybe certain aspects would work.

This idea that you can blur the lines between capitalism and socialism, like the way Bernie claims he is a “democratic-socialist”, defies all rationality.

Heck of a trip for President Obama.