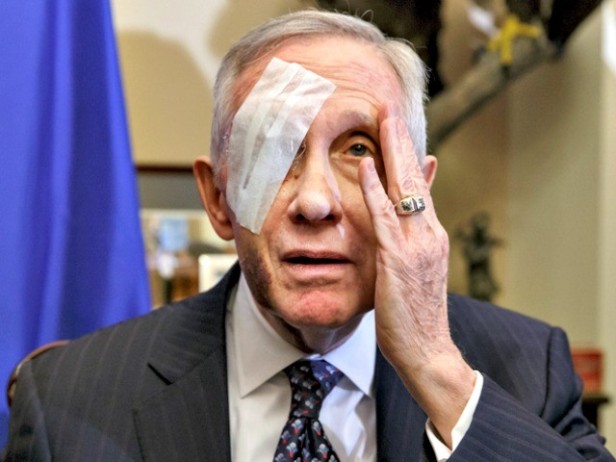 Nevada Dem. Senator Harry Reid, one of the most partisan senators in recent history, has added another example of dishonesty to his growing resume.

For some inexplicable reason, Reid has blocked a bipartisan bill that would allow inspector generals to gain access to all official government documents in order to crack down on waste, fraud, and abuse.

Not only that.  He won’t explain why.

Senate Democratic Minority Leader Harry Reid refuses to say why for months he has blocked a bipartisan bill designed to ensure inspectors general access all of the official documents they need to fight waste, fraud and abuse in the federal government.

Three months ago, the Nevada senator blocked an attempt to pass Republican Sen. Chuck Grassley’s IG Empowerment Act with unanimous consent, which would make it crystal clear that the 1978 Inspector General Act gives presidentially appointed IGs authority to access all agency records for investigations and audits.

Reid still refuses to change his position or explain his objections. A spokesman for Reid did not respond to the Daily Caller News Foundation’s requests for an explanation of Reid’s opposition to the bill. The measure is co-sponsored by Democratic senators Tammy Baldwin and Claire McCaskill.

The obvious conclusion here would be that Reid doesn’t like the idea of fully investigating waste and fraud but that can’t be case.  Can it?

Would Reid reveal that kind of sinister position this openly?

Sadly, based on his history of questionable actions, that could be the case.

Hard to imagine that the people of Nevada support this move but Reid has announced that he isn’t running for reelection so I guess anything goes at this point.