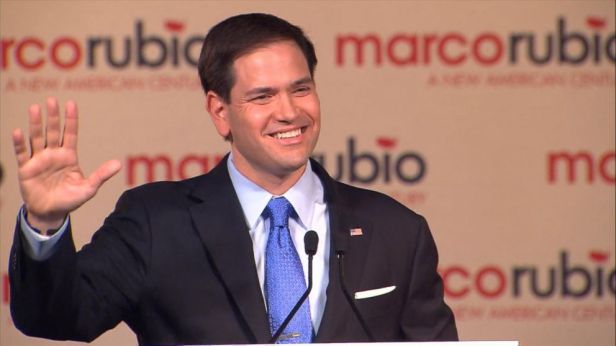 There have been plenty of fascinating story lines during the 2016 GOP race for president so far, most notably the unprecedented and meteoric rise of Donald Trump as a major player in the Republican Party.

One of the most significant and most overlooked aspects of this race has been the incredibly dishonest performance of the mainstream media, specifically CNN.

You probably remember the awful smear job that CNN launched at Ben Carson when Dana Bash went live on the air to push the narrative that Ben Carson was dropping out of the race despite the fact he clearly was doing nothing of the sort.

Well, we will be here all night if we try and document every example of CNN missing the mark on journalism over the last year or so but you won’t be surprised when I tell you that they made the exact same mistake with Marco Rubio this week that they did with Carson.

Of course, calling it a mistake at this point is a stretch.

CNN reported that key members of the Marco Rubio campaign were urging Marco to drop out before embarrassing himself with a poor showing in his home state of Florida next Tuesday.  The only problem is that it appears that was the never the case.

Here is a top Rubio staffer talking to Wolf Blitzer about the controversy.

CNN has zero credibility here and it is pretty clear that they are pushing the idea that Rubio is on his way out because they want it to be true.

Rubio could very well be on his last legs but he is not dropping out before Florida and newly released polls show that he is within striking distance of Trump in the state.

Bottom line, CNN has done a poor job accurately reporting on this race and anyone who is confused as to why their ratings are so poor should simply revert back to the many stories of dishonesty like this one.