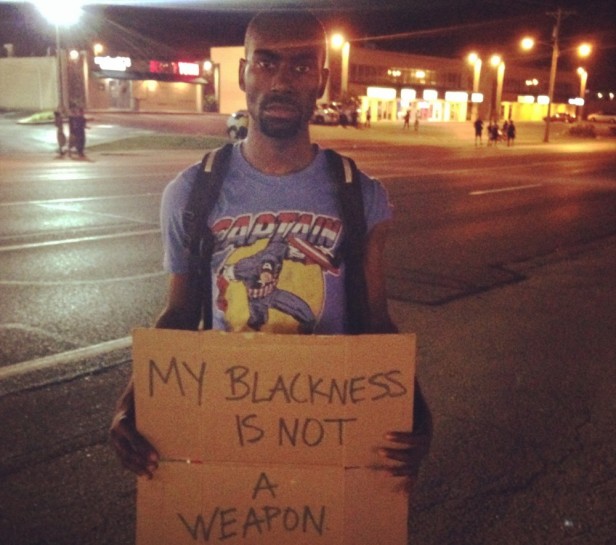 The tragic and unnecessary riots in Baltimore last year that devastated the city and captured the attention of the entire country can be linked to several causes.

One of the major causes is the reality that a significant distrust exists between whites and blacks in Baltimore especially in the urban communities.

A lot of this division comes from heated rhetoric over the past few years, primarily from the left, that has successfully pushed the narrative that rather than work together, whites and blacks should be at odds with each other.

Nowhere has that vitriol been more prevalent than the Black Lives Matter movement who has been involved in or inspired protests that have called for the murder of police officers.  Several times.

And neither is the recent development that a prominent and highly controversial Black Lives Matter activist is running for Mayor of Baltimore.

I’ve yet to see a good headline featuring Black Lives Matter spokesperson DeRay Mckesson which wasn’t good for a chuckle in some form or another. This week is no exception as we learn that the former middle school substitute teacher has tossed his hat in the ring to replace Stephanie Rawlings-Blake as the Mayor of Baltimore. (Baltimore Sun)

In a surprise move, civil rights activist DeRay Mckesson jumped into the already crowded contest for Baltimore mayor Wednesday night, shaking up the Democratic field minutes before the deadline to file.

“Baltimore is a city of promise and possibility,” the Black Lives Matter member told The Baltimore Sun. “We can’t rely on traditional pathways to politics and the traditional politicians who walk those paths if we want transformational change.”

He said he planned to release a platform within a week. He said it would include a call for internal school system audits to be made public.

What could possibly go wrong here?

A man who fanned the flames of unrest in the days and weeks after Ferguson and Baltimore will now be vying for top political office to represent all the people in the city of Baltimore.

I won’t pretend to know if Mckesson stands a chance in the election or not but there is little doubt that the people of Baltimore can do better than this.