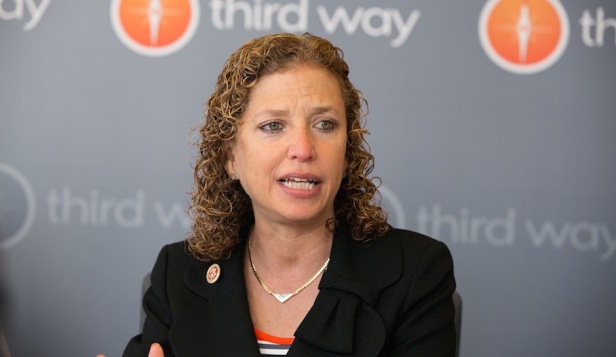 You would think that DNC Chair Debbie Wasserman Schultz is aware of her shortcomings by now and knows who to go up against and who to stay away from.

That made it even more shocking to see her go on Megyn Kelly’s show on the night of President Obama’s final State of the Union.

But, to her credit, she showed up to defend her ridiculous claim that Nikki Haley was only asked to deliver the Republican SOTU response because she was a woman.

2 Hispanics, a woman, and an African-American.

And DWS is going to lecture the GOP on diversity?

Megyn destroyed DWS on the point that the left routinely cries sexism when critics say that people only vote for Hillary because she is a woman, but yet here is the head of the Democratic Party doing the exact same thing.

Many observers, including Art Laffer, are saying the GOP is primed and ready for a landslide election in 2016 and if that’s the case, it is almost certain that DWS will be looking for a new job.