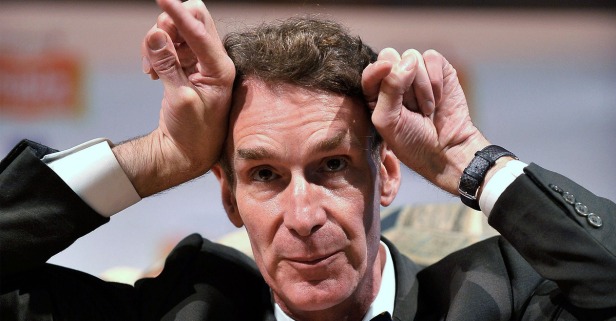 When you talk to liberals about climate change, you hear a lot of numbers being thrown around that are all based on “climate models”.

Basically, climate models are what scientists use to predict what temperatures will be in the future based on trends and estimates but of course, the weather is unpredictable and based on many factors.

So it shouldn’t surprise you that we are learning many of these climate models which have been used to scare the world about climate change were incorrect.

However, how wrong they were might make you think twice about how seriously you take advice from global warming alarmists.

Climate models used by scientists to predict how much human activities will warm the planet have been over-predicting global warming for the last six decades, according to a recent working paper by climate scientists.

“Everyone by now is familiar with the ‘pause’ or ‘slowdown’ in the rate of global warming that has taken place over the past 20 years of so, but few realize is that the observed warming rate has been beneath the model mean expectation for periods extending back to the mid-20th century—60+ years,” Patrick Michaels and Chip Knappenberger, climate scientists at the libertarian Cato Institute, write in a working paper released in December.

Michaels and Knappenberger compared observed global surface temperature warming rates since 1950 to what was predicted by 108 climate models used by government climate scientists to predict how much carbon dioxide emissions will warm the planet.

What they found was the models projected much higher warming rates than actually occurred.

“During all periods from 10 years (2006-2015) to 65 (1951-2015) years in length, the observed temperature trend lies in the lower half of the collection of climate model simulations,” Michaels and Knappenberger write, “and for several periods it lies very close (or even below) the 2.5th percentile of all the model runs.”

To further bolster their case that climate models are over-predicting warming rates, Michaels and Knappenberger looked at how climate models fared against satellite and weather balloon data from the mid-troposphere. The result is the same, and climate models predicted way more warming than actually occurred.

Is the climate changing? Of course it is. And it always will.

Is the global warming crowd right to push through burdensome regulations that kill jobs and strangle the economy?

No. Especially when their climate models have been wrong for six decades.

OK. We promise our next post won’t be about the EPA or climate change.

No promises after that.