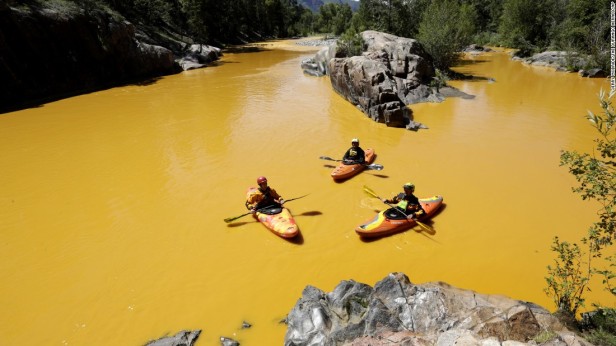 President Obama recently made the decision to release over 6,000 inmates from prison after retroactively changing the maximum sentences for convicts who were already in prison.

His argument was basically that jails are too crowded and that drug dealers aren’t violent people, or something.

The jails apparently aren’t that crowded because the president had no problem letting his out of control EPA throw 185 Americans in jail for crimes against the environment.  Kinda like the one shown in the picture above.

Environmental Protection Agency (EPA) enforcers helped convict 185 Americans of environmental crimes this year, with each of these eco-convicts getting sentenced to eight months in prison on average for crimes ranging from biofuel fraud to illegally removing asbestos.

EPA enforcement data for 2015 shows the agency opened 213 environmental cases which resulted in 185 people convicted and sentenced to 129 years in prison. EPA has been opening fewer cases in recent years to focus more on “high impact” cases.

EPA’s criminal enforcements also raked in “individual and corporate fines over $88.0 million, with an additional $4 billion in court ordered environmental projects and $112 million in restitution.”

Michael Bastasch, a fantastic reporter, also points out that there have been no charges filed in the toxic spill that the EPA unleashed on thousands of Colorado residents that left many with contaminated drinking water.

The picture above was taken shortly after that very spill along the Animas River.

So that pretty much sums up America under President Obama.

Crack dealers and robbers? Walk out of jail.

Enemies of the unbelievably corrupt EPA? Thrown in jail.