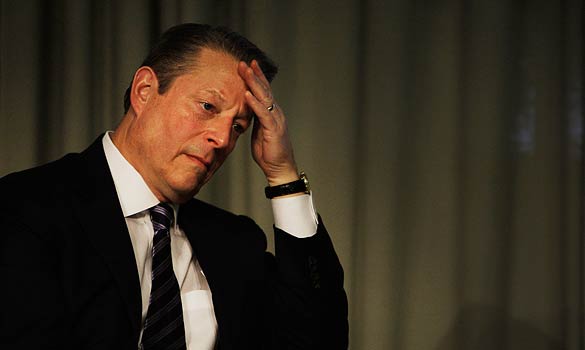 As fair minded people continue to bust down the liberal myths about climate change –like the doozy that claims 97% of scientists are all on the same page on the issue — information continues to surface that many members of the global warming hysteria crowd truly have no idea what is going on.

This one, co-authored by meteorologist Anthony Watts (of Watts Up With That? fame) shows that at least half of the “global warming” in the US since 1979 has been fabricated by NOAA.

While satellite records have shown no global warming for at least 18 years, the land based data sets like the ones maintained by NOAA for the US Historical Climate Network (USHCN) continue to show a warming trend.

One reason for this discrepancy, the study suggests, is that NOAA has been cherry-picking its raw data. That is, it has ignored the evidence from those weather stations showing little or no late Twentieth century warming and instead placed undue emphasis on the ones that do show warming.

Whether this represents mere incompetence or calculated fraud by NOAA is for future courts to decide. What we do know is that the problem dates back at least to the 1990s when, for some unexplained reason, NOAA decided to halve the number of weather stations used for its official records. Even more mysteriously, the ones it chose to keep tended to show more global warming while the ones it rejected tended to show much less.

This represents just one of many revelations that show beyond any doubt that the government is actively trying to mess with data in order to push a specific green agenda.

Americans seem to be wising up to this game that promises to make a negligible impact on the climate while serving up a devastating blow to the American economy at the same time.

Stay tuned, Obama’s EPA is on the war path and doesn’t show any signs of slowing down.

2 thoughts on “Guess How Wrong The Government Was About Global Warming Data?”