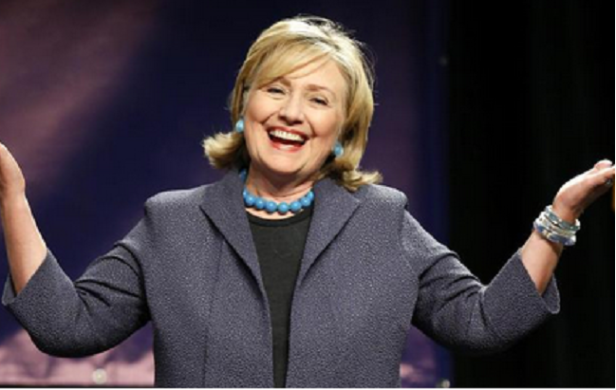 Hillary Clinton has a problem.

It is almost impossible for her to relate to everyday Americans.

This is a woman who hasn’t driven a car since 1996 and boasts a multi-million dollar net worth.

In order to prove she hasn’t lost touch, she does really awkward things like take selfies with Kim Kardashian and joke about Snap Chat.

One of Hillary’s staffers told her that Americans are excited about a new Star Wars movie that is coming out and once that staffer thoroughly explained to the former Secretary of State what Star Wars was, her Twitter account sent out this PAINFUL tweet on the subject.

This year, Republicans reminded us that the Dark Side is alive and well. https://t.co/3BfPeTmDNv pic.twitter.com/ft3RTpMFWw

Let’s see what Twitter had to say about it.

@HillaryClinton That's some topical humor that will really resonate with young voters!

@HillaryClinton man Hillary cracks me up. She tries WAY too hard to be relatable.

I love that 23 people approved this lame-ass tweet before an intern hit "send." https://t.co/dNtPsQrrFD

@HillaryClinton May the farce be with you. We will never forget #Benghazi.

@HillaryClinton Pretty funny for someone who can look like this when talking about people she got killed… pic.twitter.com/5Nlme1DNQc