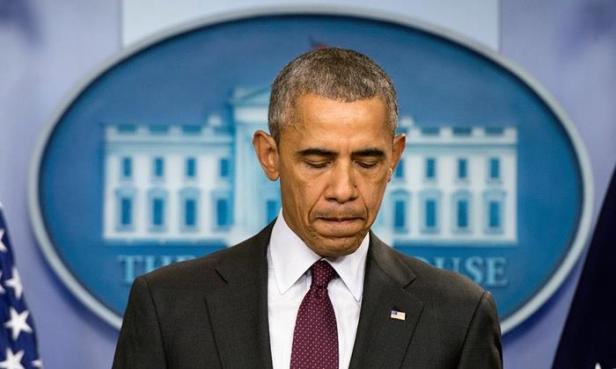 As the detonations of homemade bombs still echo through parts of southern California and news outlets throughout the country alike, I sense very familiar emotions festering inside me.  Just as I have in the immediate aftermath of similar, recent tragedies, I’m sad, angry, empathetic, sympathetic, (insert emotional adjective here).

These intense emotions flood through my heart each time a human life is lost, but understandably so, the flood is one of epic proportions when the death tolls are so large, and the reasonings so senseless. I would like to think that most decent people are left feeling the same way. But there’s one large problem that I’ve been noticing for quite some time, and now feel compelled to shine the spotlight on.

You see, most people are compelled, even obsessively, to call out evil, wherever and whenever it rears its ugly head, not thinking twice about the color of its face, or the subject of its disdain; EVIL IS EVIL.

The problem is that for a large swath of liberal progressives in this country, propelled by incessantly divisive leaders such as President Obama, and former Secretary of State Clinton, there appears more evident with every tragedy, to be a sort-of ‘filter’ on the expression of their emotions.

To them, apparently black lives matter, but only the ones taken by white cops. To them, holding strong religious beliefs is scary and dangerous, but if you attended this year’s White House prayer breakfast, you’re walking to your car believing it’s only the Christian ideologies we must fear.

It is this sort of ‘Selective Obsessive Compulsive Disorder’ to evil, that runs rampant throughout the Democratic party. Oh yes, there are terrible things happening around the world and in our country, but people like our POTUS are very selective in their disapproval, often highlighting only the plights of our nation that put identity and feelings at the forefront.

It’s time for the liberal progressives to stop playing us as fools, pulling at the most weakest of heartstrings, and stand up PUBLICLY to horror of all shapes and sizes.

Enough is enough of the revisionist history, selective moral outrage, and downright shattered moral compass of the leaders on the left. I regret to inform everyone that treatment for left wing induced SOCD is still in its clinical trial stages, but I find solace in the hopes that our next POTUS will use his bully pulpit fairly, and finally keep it real.