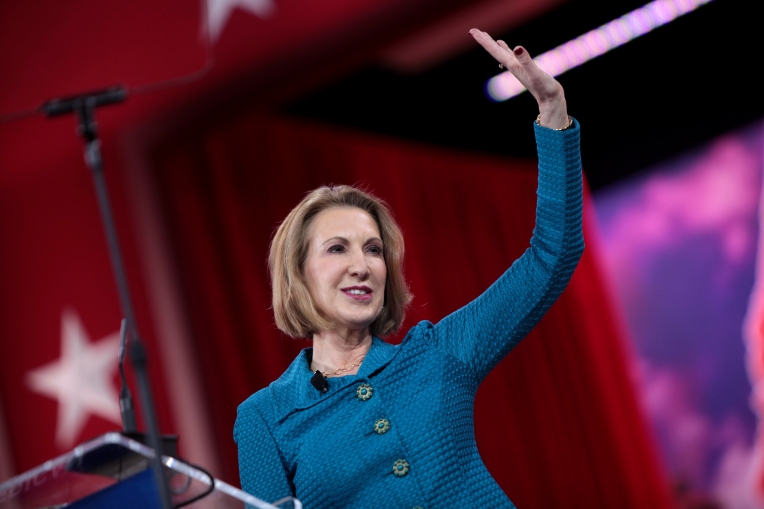 Much has been made about the terrible CNBC moderators at the last GOP debate, and make no mistake, they were terrible.  The crew was in way over their head and Ted Cruz along with many major media outlets thoroughly embarrassed them to the point where it isn’t worth rehashing anymore.

They were awful. Everyone knows it. They know it. And most importantly, millions of viewers across the country saw it.

If you missed Cruz’s epic line that stole the show in last week’s debate, here it is again.

However, the response from the GOP candidates in the immediate aftermath of the debate was slightly off.

They acted as if they were absolutely shocked that the media is diametrically opposed to letting conservatives share the truth about what they believe.

Led by GOP Chair Reince Preibus, the majority of the Republican candidates and the conservative media as a whole went to war with CNBC and promised to do everything they could to make sure something like this never happens again.

Why? This debate was an absolute slam dunk for the Republican Party.

To a certain extent, they missed the point.  This debate being moderated the way it was represented a clear victory for the GOP.  This debate was a huge win across the board, almost every candidate did well, and that was almost entirely due to the fact that the moderators did such an abysmal job.  This provided the crucial opportunity to hammer home the point that the media can’t be trusted.

A debate moderated by Rush Limbaugh or Mark Levin — both conservative icons made it known this week they would be up for the job — would be highly entertaining for conservatives and for informed viewers but the majority of that content would go in one ear and out the other for the typical uninformed viewer.

The conservative message shines even brighter when unintelligent and biased questions from the left is where the conversation begins.

Carly Fiorina found herself in the middle of a tiff with the lovely ladies over at ABC’s ‘The View’ who thought it would be funny to laugh about Fiorina and call her crazy by saying that she looked “demented” at the debate.

Unlike the GOP leadership, she didn’t respond by shouting about media bias and she didn’t threaten to boycott the show.  She did the opposite, she is going back onto the show this Friday to deal with the leftist blowhards face to face.

Carly is going to go right back into the lion’s den on Friday and there is no doubt she is going knock it out of the park, spread the conservative message, raise money, and further expose the backwards and nonsensical beliefs of the women on ‘The View’.

That’s exactly the right move, and a move that the GOP should embrace as well.

Don’t run away from media bias, run toward it.

As Mike Huckabee pointed out in the last debate, every single one of the Republicans on the debate stage would make a better president than Barack Obama and Hillary Clinton.  It’s not even close.  Letting outfits like CNBC trip all over themselves trying to ask simple questions paints the clear picture that this election is a battle between a handful of GOP candidates with the same overall message and a corrupt and incompetent status quo that the mainstream media protects at all costs. The GOP field has never been more unified than they were coming out of that debate, and that’s a good thing that can be directly attributed to the embarrassingly bad moderators.

Republicans will never get the fair shake they deserve from major networks other than Fox so rather than complain about it, they need to embrace it and recognize that this struggle between right and left is about winning the argument and there is no greater way to win that argument than by exposing the intellectually flawed premise of the questions coming from the media.

That’s an argument conservatives can win, every single time.

Removing that from the equation, isn’t the right answer.