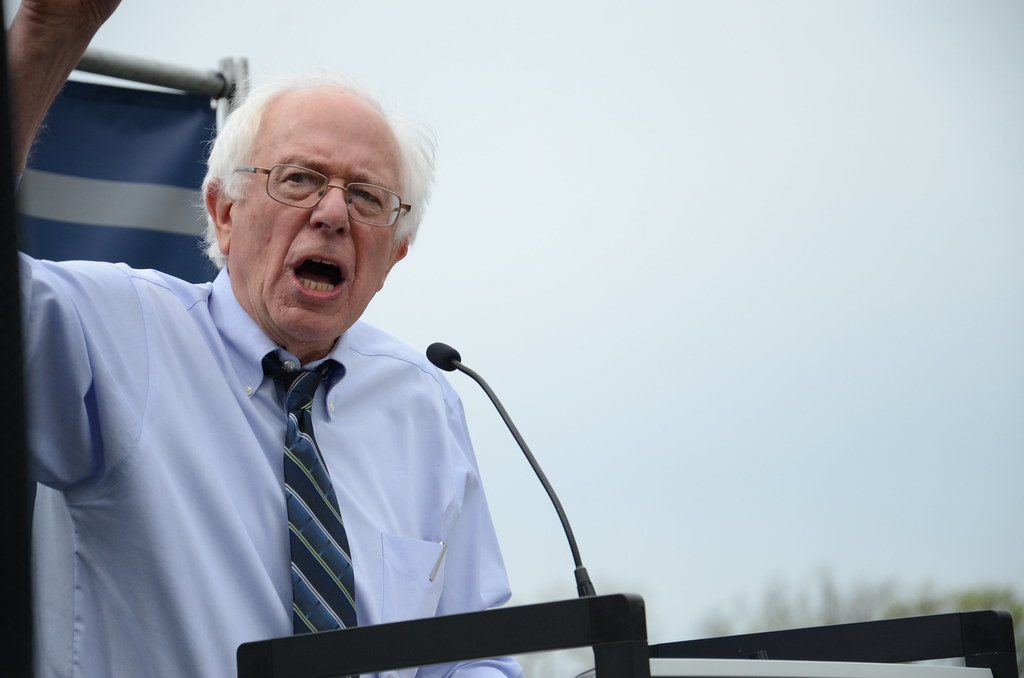 The first Democratic debate is in the books and it was just as much of a disaster as everyone who has been paying attention to this abysmal field of candidates anticipated.

Most people expected Hillary to have a harder time than she did because most people expected the rest of the Democrats to put up a fight.  Instead, they completely laid down on the tracks and announced to the world they were fully prepared for Hillary’s coronation.

When Bernie’s moment came to prove to his rabid followers that he was truly an outsider, he went out of his way to praise Hillary, completely exonerate her for crimes that the FBI is still determining whether or not she committed, and unilaterally declare that it was time to move on from talking about her emails.

In other words, Bernie Sanders gave the one person standing between him and the nomination a free pass which confirms the undeniable reality that he knows he has no chance to win.

The moment he interrupted Anderson Cooper to proclaim Hillary’s innocence and shake her hand while she cackled with delight was the moment his hypocrisy as a candidate came full circle.

Sanders also exposed one of his biggest flaws that his supporters have chosen to completely ignore.

He has been in Washington for 25 years and has his finger prints all over policies and legislation that are completely antithetical to the narrative he is pushing now. His 5 votes against the Brady Bill, his vote for the destructive Dodd-Frank bill, voting to fund wars, the list goes on and on.

Also, Bernie owes his entire political existence to the NRA, the “evil” organization that helped elect him in 1990.

You won’t hear him talk about that though.  What happened to the honesty and the straight talk I have heard so much about from his supporters?

Bernie is no outsider, he’s the consummate insider.

Overall, Sanders had a dismal debate performance by almost every standard.

Sanders, like Donald Trump, will receive the benefit of the doubt from his supporters. And he had his wild socialist moments of glory, chief among them his name-dropping of Sandra Bland, a black woman who committed suicide in prison, but who has been championed as a victim of police brutality by the insane left.

Nonetheless, this was a rotten showing. Sanders preached his socialism, but when Hillary echoed it, he didn’t have the guts to call her inconsistent or shred her on it. Sanders yelled like a manic – his preferred speaking style – but totally caved on foreign policy. At times, he appeared distracted; at one point, Cooper asked him a follow-up about Russia, and Sanders proceeded to babble that the Russian people would force Vladimir Putin to give up Crimea. And given an opportunity to smack Hillary on her corruption, he demurred. His campaign played it as a big moment for him. Instead, it was a crowning moment for her.

Bernie Sanders has one path to the nomination and that is by beating Hillary and positioning himself as a noticeably different alternative.

He failed to do that tonight and I would argue that he didn’t even try.

This is because he isn’t that much different than Hillary Clinton.  Bernie is just another politician trying to get ahead by playing to the crowd and preying on the uninformed.

And now, I will leave you with this, some of the best Bernie Sanders tweets from the night.  Enjoy.

Bernie Sanders is what happens when you don't take Metamucil for 89 years.

Sanders conclusion: our country sucks. The solution? Socialism. Forget that it's killed 80 million or so.

I swear I took driver's ed from Sanders. He yelled at me while i tried to parallel park.

Would someone like to inform Sanders veteran deaths at the VA went up? #DemDebate

Bernie: This is a great country, but not enough like the Soviet Union.

Bernie stands up for illegal immigrant workers over American workers.

WHY IS BERNIE SANDERS SPEAKING IN ALL CAPS?