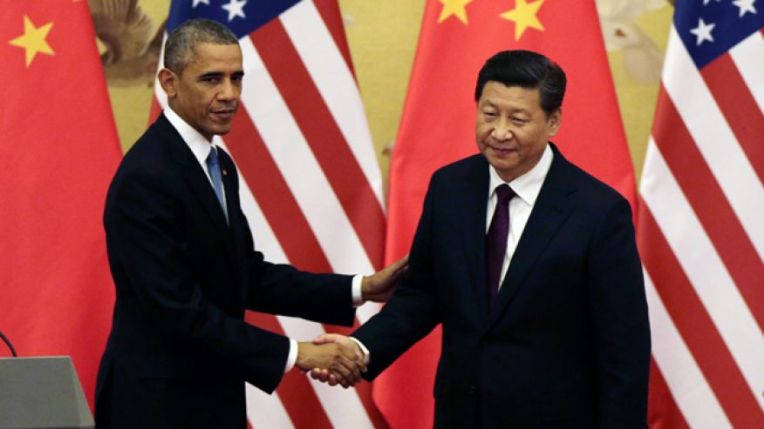 President Obama is on a mission to make every single country in the world like us no matter what the cost.

Look no further than the Iran deal, where the president pushed for and accepted an agreement where Iran doesn’t have to disclose where their nuclear program currently stands, is completely relieved of sanctions which returns $150 billion dollars directly into their terrorism account, and gives them weeks of notice before inspectors are allowed to enter nuclear sites.

Now, President Obama and the Chinese president have “agreed” that they will stop spying on each other.

The United States and China have agreed that neither country will conduct economic espionage in cyberspace in a deal that addresses a major source of tension in the bilateral relationship.

The pact also calls for a process aimed at helping to ensure compliance.

The agreement, reached in talks Thursday and Friday between President Obama and Chinese President Xi Jinping, has the potential — if it is upheld — to alleviate one of the most significant threats to U.S. economic and national security.

“The question now is,” Obama said in a joint news conference with Xi on Friday, “are words followed by actions?”

This is what constitutes as a robust and meaningful deal in the Obama administration.

A firm handshake, a promise to not do it again, and a puzzling statement from the president which basically translates into: I hope they really meant it!

If you haven’t been paying attention, China has been ruthlessly launching cyber attacks against the Untied States for years which has put the American public in danger.

I guess all we had to do to get China to stop trying to overthrow our cyber infrastructure was to ask them to stop.