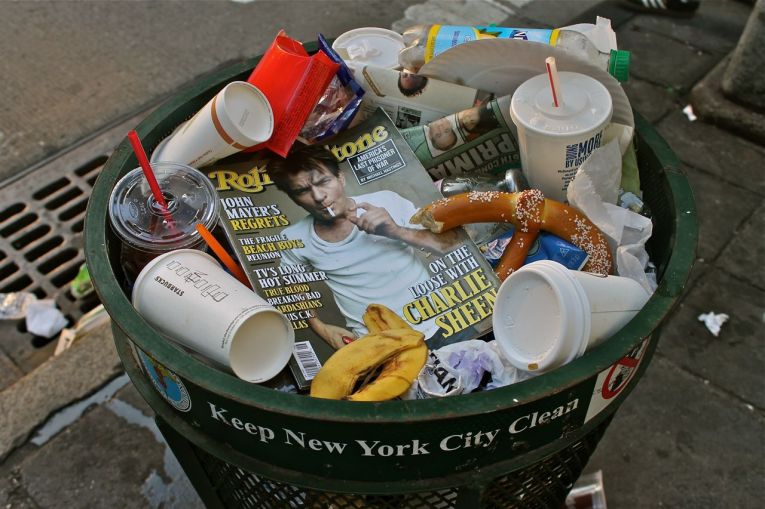 For anyone reading this under 30 years old, The Rolling Stone was a once popular music magazine that deteriorated into a radical left wing mouth piece over the past decade to the point where almost no one reads it.

Their most recent journalistic breakthrough was a completely fabricated rape case that they reported as fact for months without doing any due diligence simply to further their own personal narrative about rape on college campuses.  The story blew up in their face primarily because it was completely made up.

Rather than shy away from the divisive stories they have been publishing about how terrible Republicans are and how great Democrats are, the paper is still putting forward left wing writers to spew all kinds of hate without any objectivity.

The latest example is writer Amanda Marcotte who wrote the following in a lovely article titled: “Donald Trump Isn’t Even The Worst Misogynist In the 2016 Race” (Don’t read it, it’s terrible)

Trump would like to ban abortion. He also says he would allow exceptions for rape, incest and the life of the mother. He shouldn’t get any cookies for this – he’s turning a cold shoulder to millions of women who need abortions for financial or personal reasons. But that’s how bad things are on the right: acknowledging that women who have been raped deserve access to abortion makes Trump less radical than the people he’s running against for the Republican nomination.

I’m sure Scott Walker, college dropout, can offer a better diagnosis and course of treatment to a sick pregnant woman than her OB-GYN. Without even examining her! It is true that you don’t have to choose between the woman and the fetus in these cases. As Irish doctors did in the tragic Savita Halappanavar case, you could always let both die instead.

There was a lot more but you get the idea.  Besides being extremely nasty, Ms. Marcotte is missing or ignoring a very important point.  She is equating any one with a different opinion on abortion than her, as anti-woman.  Just like anyone who supports the police is racist and anyone who doesn’t support massive expansion of government run healthcare wants people to die.  It’s not only a wrong argument, its an overwhelmingly juvenile one.

And just for good measure, because this story needs to get out there as much as possible, check out this story from National Review about just how unnecessary Planned Parenthood is.