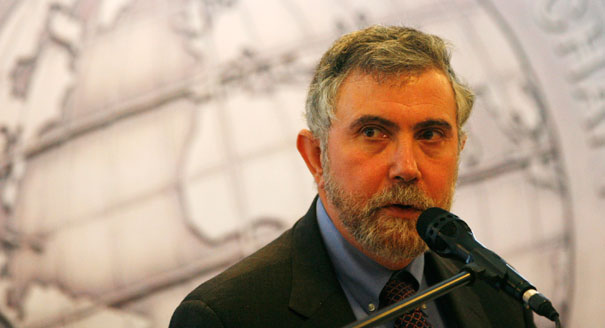 For most people, the horrendous shooting in Charleston, SC has inspired people of all races and backgrounds to band together and form a united front against racism and senseless violence.  But for the fringe left, the shooting is nothing more than an opportunity to blame Conservatives for the ills of America.

Paul Krugman, a once highly thought of economist who’s career has nosedived over the past decade due to his blindly partisan positions, was one of the most notable offenders.

In the New York Times, Krugman attempted to make the connection between slavery and opposing President Obama’s policies.  Sandwiched between several long winded paragraphs containing non-threatening semi-reasonable points, Krugman dropped the hammer and pointed out that 80% of the population who live in states which turned down Medicaid expansion are residents of former slave states.

This obvious implication that opposing Obamacare is nothing more than racism, ignores a litany of “Affordable Care Act” facts.  Most notably the reality that nearly half of the state exchanges have gone bankrupt or are about to.  It’s also grossly irresponsible to pretend that state governments can’t genuinely disagree with the legality and practicality of Obamacare, without being labeled as racist or backwards because of the slavery nightmare which ended 150 years ago.

Krugman followed that remark with a strange question.  He asked, “Is America doomed to live forever politically in the shadow of slavery?”

Rather than providing the obvious answer to his question, which clearly is “of course not”.  Krugman responded with, “I’d like to think not”

That sums up the fringe left’s view on race pretty clearly.  Paul Krugman is unable to definitively acknowledge that America isn’t doomed to live under the shadow of slavery FOREVER.

President Obama was on a podcast today with comedian Marc Maron and they chatted about several different topics ranging from racism to the Commander in Chief’s contempt for Fox News.  While discussing the latter, the President claimed that if you watch Fox you “inhabit a completely different world, with different facts than if you read the New York Times.”

I happen to agree with the President on this one.  The New York times does exist in a different world than Fox News.  Unfortunately for the NYT, they live in Paul Krugman’s world.  A place where racism runs rampant, Obamacare is a smashing success, and Republicans are the only thing preventing society from reaching perfection.  Fox News on the other hand, resides in the real world.